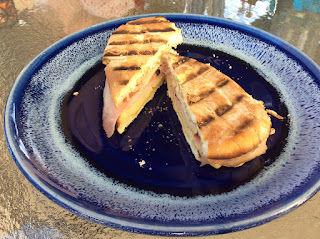 Cuban sandwiches made a big impression on me when I was on holiday in Florida.  Like so many great discoveries it happened by accident.  My lovely wife Lesli and I got hungry while visiting the Mote Marine Laboratory and Aquarium in Sarasota Florida.  They had a little restaurant with a limited menu.  I read the ingredients for this "Cuban Sandwich" and thought you can't really go wrong.  Well, OMG!  It was off the hook.  It was so good I don't remember anything else I did that day.

A quest was born.  I spent the next 2 weeks ordering Cuban Sandwiches everywhere I went.  I tried everywhere from pre-made at Publix (a Safeway type store) to fancy restaurants and little hole in the wall places.  Nothing, and I mean nothing came close to that first one.  I came back to Beautiful British Columbia and most people don't even know what they are.  I had one recommended to me at a casino that was served in a plain hot dog bun!  Yikes it wasn't even close.

I decided if I wanted one here in BC then I better get to work. 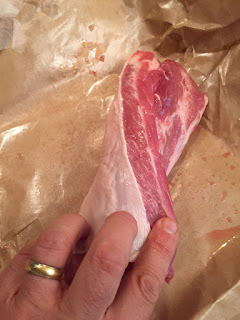 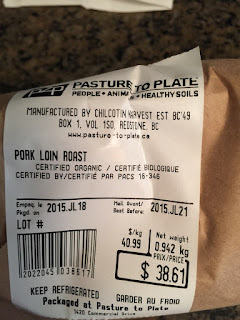 Taken (mostly, with some slight modifications by me) from Weber's "Real Grilling" by Jamie Purviance

For a first try it was probably 75% there.  I guess I should have been speaking Spanish to my BBQ.  I had my BBQ a touch too hot and it dried the bread out.  But still tasty. 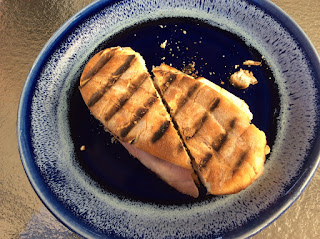 All the layers squished together.  Pretty grill marks.  First bite is with the eyes. 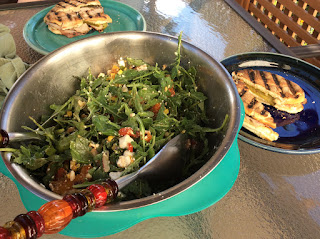 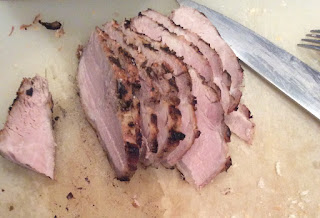 Day 2 of the pork loin roast.  The second day's sandwiches made on not as hot of BBQ much better- now 90%.

Back deck with friends and Cuban sandwiches.  Catherine just mentions as I'm building the sandwiches that she has a pork allergy.  Believe it or not I had to ask if "ham would be okay, that's not pork is it?" Had to whip up a toasted chicken thigh, Swiss cheese and asparagus sandwich for her.  FYI she loved it. 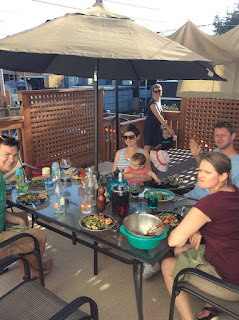